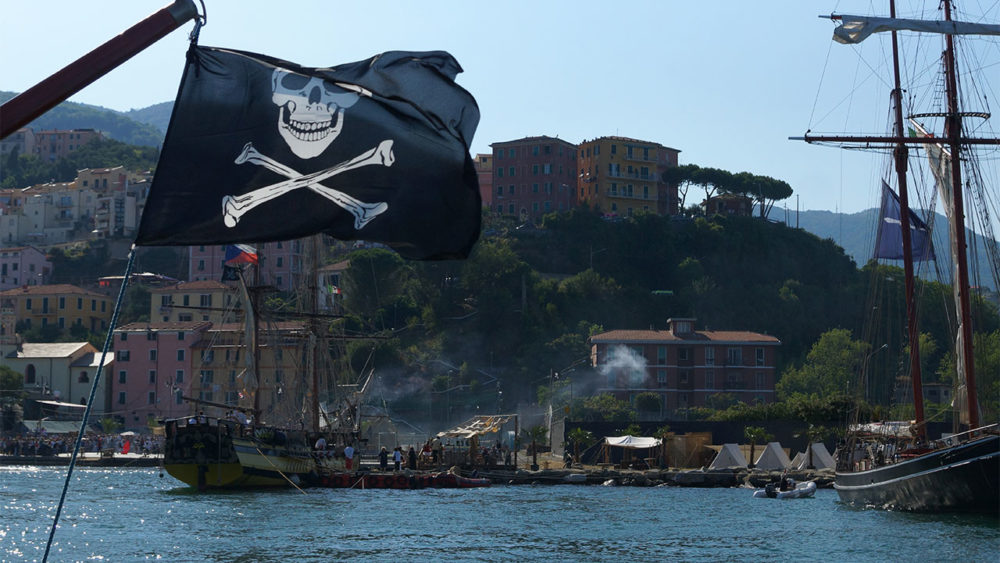 As every year, relives for one day, the Landing of pirates to Cadimare; a piece of history of the Gulf of La Spezia, when a band of pirates conquered at the British soldiers one of the most fascinating countries in the Riviera of La Spezia.

From the first  commemoration, LaZigoela, rich of its maritime tradition, has always partecipated in the small bay of Cadimare at this historical battle, hoisting the pirate sail, changing its crew in a crazy pirate crew to the conquest of the village.

The country then illuminated by fireworks and turns into a fight between pirates and english soldiers at which partecipate fast 30.000 people. Meanwhile our Vessel evades stealthily in the black waters of the Gulf in search of new adventures