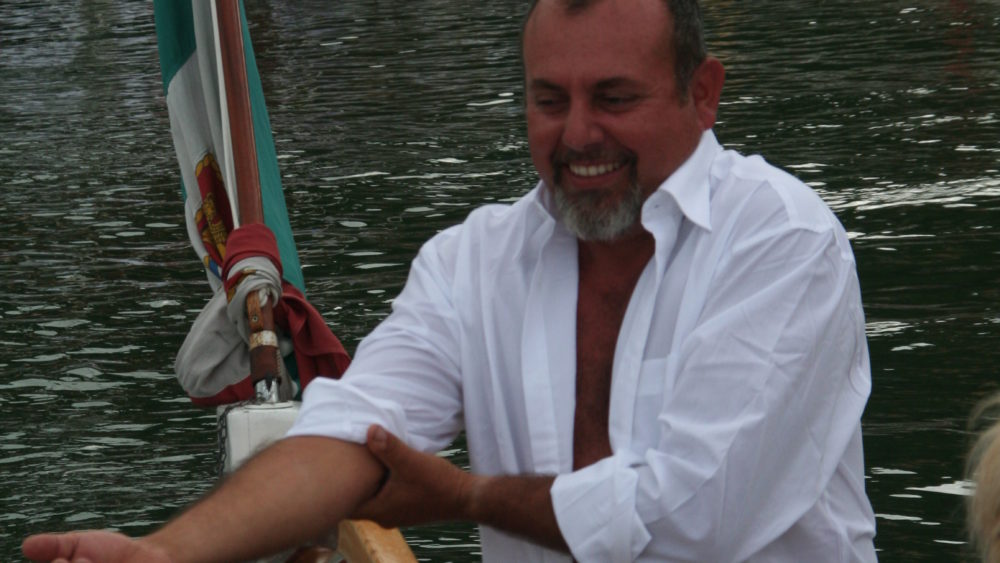 Lerici Legge il Mare and the historical reenactment of the barrels

On 10 September, at 10:00 a.m., at Lerici, in Calata Mazzini…on the occasion of “Lerici Legge il Mare”, here is the protagonist “tradition”.

“Lerici Legge il Mare” recalls the ancient transport of wine in the Mediterranean quadrilateral, Liguria, Tuscany, Sardinia and Corsica. The leudo, will make you live the most evocative moments of the landing and will involve you in the historical seafaring drink of the ancient Pirun …

Since ancient time to the nineteenth century, navigation in the Mediterranean could count on a very small number of good ports, as small marine communities did not have the possibilities to build piers, breakwaters that were very expensive works.

Therefore natural landings were exploited, which however, even in Liguria, sometimes lacked completely. For this reason the use of leudo, made in such a way as to be able to do without ports, as it could easily be pulled dry even when fully loaded, or it could be pushed to a few meters from the shore, thus facilitating the loading and unloading of goods and passengers.

The expeditions went all over the Mediterranean, from France to Sicily, but in the ‘900 the most frequented places were the coasts of Sardinia and the island of Elba. The activity of the wine trade flourished, among the most ancient and characteristic. The wine was transported to shore in special goatskin skins loaded on the mules.

From the goatskin skins, the wine was poured into the bays and vats, which were a measure, then by means of hoses and pumps was poured into the fixed barrels on board. On the way back, before pulling the dried leudo, the deck barrels were unloaded, so that their weight, combined with the inevitable jolts of the haulage, would not damage the bulwark.

The barrel was tied to a top called “và e vieni”, which had a head on board and one on the ground. Raised by weight by the crew, the barrel was thrown into the sea and quickly recovered by the men on the shoreline. The latter then passed the boulevard to other men, who, by means of a cable called “Lentìa”, made it roll along the beach.

And Lerici, like some places in Tuscany, Sardinia and the Cinque Terre, was one of the protagonists of the ancient wine trade, which landed by the leudi in the village, was then loaded into large sailing ships. “Lerici Legge il Mare” an event that evokes the sea, culture and local tradition.

We are waiting for you!